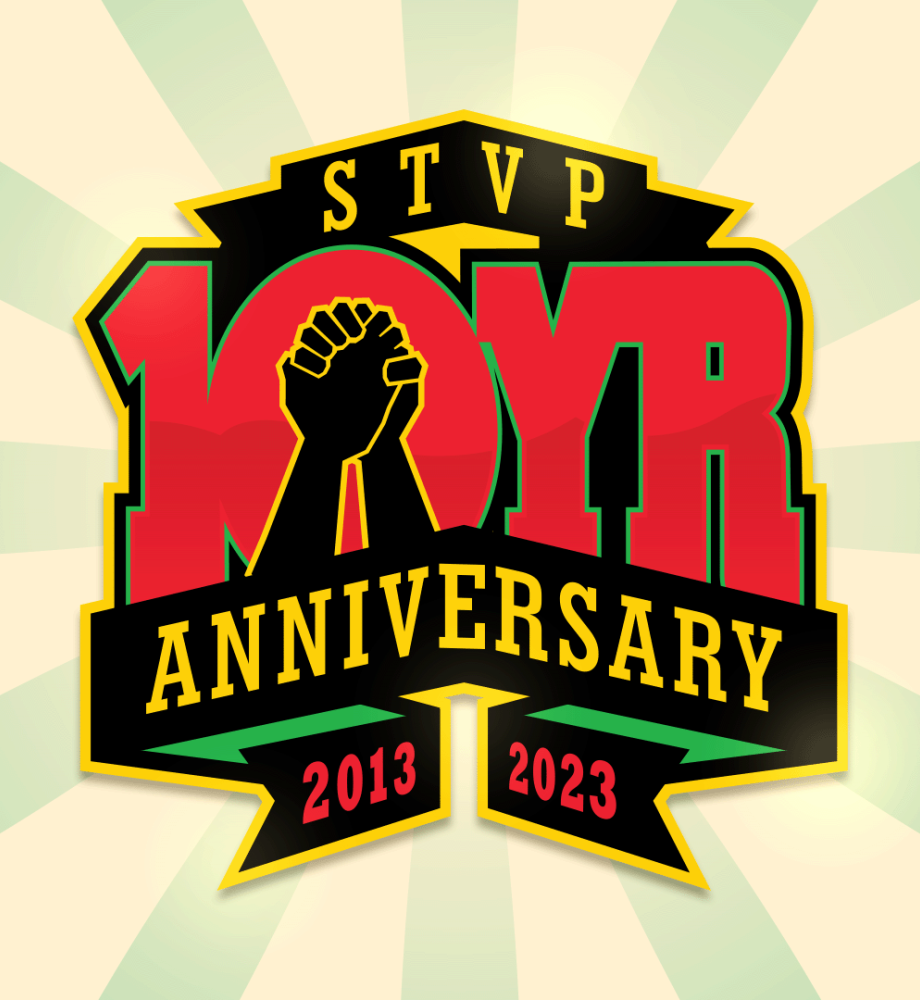 ORGANIZATIONAL PURPOSE AND GOALS
In response to the senseless violence and murders inside Allegheny County, in 2013, Stop the Violence-Pittsburgh (STV-Pittsburgh) was established as a community network partner that supports non-profit groups and other agencies who offer viable, reputable and well thought-of experiences and options to children, youth and young adults in their development towards adulthood.
It is the purpose and goal of Stop the Violence-Pittsburgh to eliminate high levels of violence within disadvantaged neighborhoods in Allegheny County and Pittsburgh,  through educational programs and events, help raise the consciousness of the City’s citizenry and restore cultural awareness in its African American communities.

In June of 2013, we hosted our first Juneteenth celebration at Stage AE; Juneteenth/Increase the PEACE Community Awareness Day and brought together over eighteen (18) grass-root organizations to promote cultural awareness and a community peace program as the only alternative against violence.

In February 2014, we implemented a free Valentine’s Day Spa Treatment Program for Loved Ones (Mothers, Sisters and Wives) of the victims of violent crimes in Allegheny County where ten (10) ladies participated in this program.

In September 2014, we hosted the Community Awareness Day “Block Festival” in Pittsburgh’s Strip District where some twenty-five (25) groups, organizations and children from various improvised communities participated in the event.

In April 2015, we hosted “The Gathering: Pittsburgh’s Celebration of Life”, a Black-Tie Event and honored media groups and individuals who service the communities with anti-violence programs and highlighted killing within the Black communities.

On June 13-14th, we hosted the Martin R. Delany Juneteenth Festival in Market Square where 2000 people visited and over 40 groups participated in our programs and festivities.

On February 25th, 2016, we hosted Pittsburgh’s Black Honors Symposium and Gala at Carnegie Music Hall, highlighting African American achievements in the city since the 1758 founding to its present in education, sports, politics, economics and entertainment.

On June 18th-19th, we hosted the WPA Juneteenth Celebration in Market Square where some 3,000 individuals and 50 organizations and groups participated.

On November 13th, 2016, we hosted Pittsburgh’s Black Economic Summit with Dr. Boyce Watkins of Your Black World and Financial Juneteenth at the Kelly-Strayhorn Theater where some 400 people learned about economic empowerment.

On March 11, 2017, we hosted Pittsburgh’s Black Honors Event at CCAC where some 300 celebrated Pittsburgh Black Culture.

On June 15th, we hosted the African American Heritage Day Picnic at Kennywood Amusement Park from 11am to 10pm, with live Bands, Speakers, Park activities and Celebrity Guests.

On Saturday June 23rd, we hosted the WPA Jubilee Parade with approximately 75 groups and organizations.

On June 23-24, 2018, we hosted the WPA Juneteenth Celebration and Black Music Festival at Point State Park with some 4,000 attendees.

On February 4th, 2020, we will host a Black History Month-High School Student Educational Summit at the David L. Lawrence Convention Center with some 1,000 Students from over 13 different School Districts. This event focus on Voting Rights and passage of the 13th, 15th and 19th Amendments of the Constitution

In 2020, because of COVID 19, we hosted a Virtual Juneteenth “Freedom Day Walk” and Tour of historic landmarks and locations throughout Pittsburgh with renowned historians and educators. Over 500 viewers watched this Program.

On Sat. June 5th, 2021, we hosted the STVP Black Tie Honors Gala at the Wyndham Grand Hotel with Celebrity Guest and Actor Lamman Rucker where we recognized 13 Community Leaders who have worked tirelessly to stop violence in Western PA and advocated Youth development. This event was attended by 500 people.

On June 18-27, we conducted the WPA Juneteenth and Black Music Fest at Point State Park with National Entertainment, Speakers, Dance Teams, Vendors and more. This Program saw over 100,000 attendees and was the largest Outdoors festival event in Pennsylvania.

On September 2nd-5th, we hosted Pittsburgh’s Soul Food Fest at Market Square and 3rd and 4th aves. At this event we pursued Pittsburgh’s City Council and Allegheny Council to designate 3rd avenue “Pittsburgh’s Black Wall Street” by proclamations. We entertained some 10,000 people and all Food Vendors sold out of product. The festival included Live Bands, Speakers, Dance Teams and National Entertainment