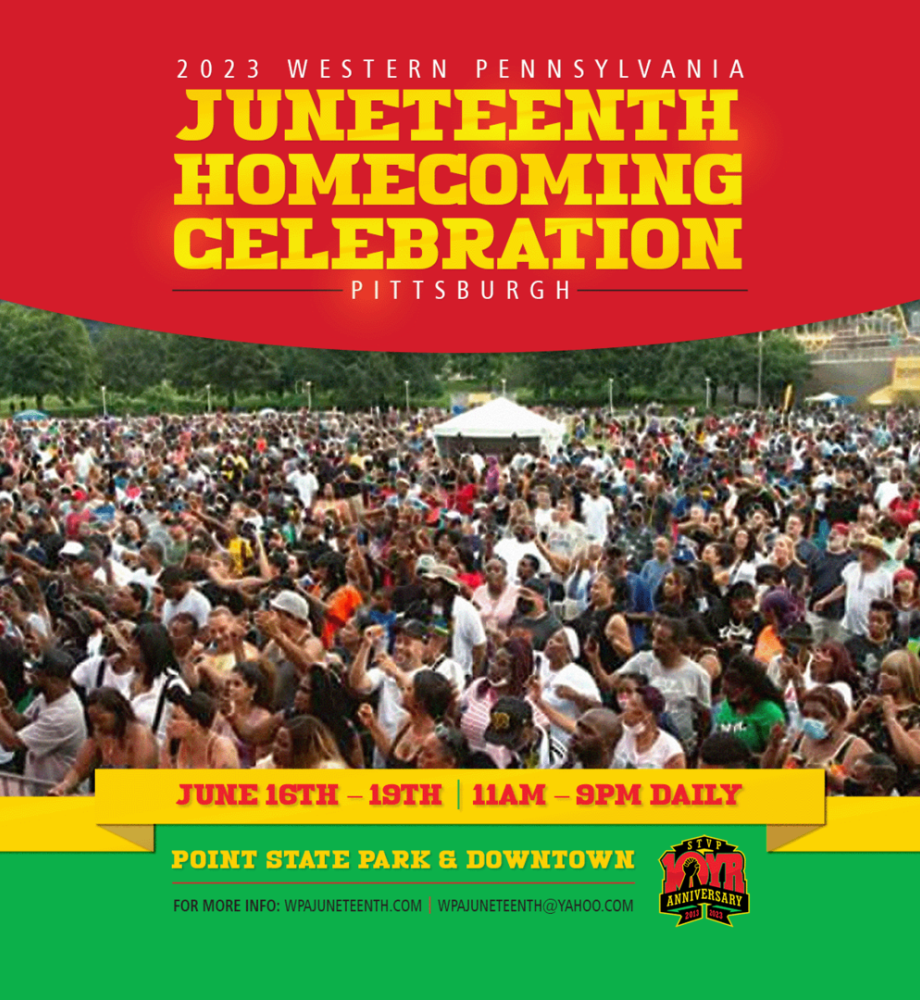 Why We Commemorate Juneteenth- A call to Action

Though a major step toward the abolition of slavery, Lincoln’s Emancipation Proclamation of 1863 was directly aimed at the Secession States. It did not address slavery in Kentucky, Missouri, Maryland, and Delaware, known as the Border States. These states were allowed to maintain slavery because they remained loyal to the Union.

African American leaders took great exception to this flaw and openly voiced their concerns. Black men of Pennsylvania joined a delegation that met with Mr. Lincoln in the spring of 1862 to express their concerns.  Later, in September 1862, the “Loyal Governors of the Union” convened a secret meeting at the Logan Hotel in Altoona to pledge their support for the pending proclamation.  Only Maryland voted against the Emancipation Proclamation.

While the document was imperfect, it did provide for the development of African American military units in the United States army.

Pennsylvania was amongst the first states in the nation to arm men of color!  Leading African Americans took up the task of recruiting men of color for the Union army. This roster of recruiters includes the list of powerful and dedicated superintendents and conductors of Pennsylvania’s Underground Railroad: Willian Stills and Octavio Catto in Philadelphia, William Goodrich in York, Stephen Smith in Lancaster, Henry Watson in Chambersburg, Thomas Chester in Harrisburg, John Nesbit in Altoona, John Smith in Johnston, and John Peck, Henry Highland Garnett, and  Martin Delaney in Pittsburgh.  Each was also a founding member of the post-civil war Pennsylvania Equal Rights League which actively conducted voter registration.

Delaney’s own words best served as the call to action. He said, “Every people must be the architects of their own destiny. “

Amidst the conflagrations of the Civil War, Abraham Lincoln sent the 13th amendment forward to congress on Feb 1, 1865.  Neither the Confederate nor the Union soldiers in the field were aware of the compromises in Washington, D.C. Therefore, the intensity of the battle raged on. Months after Robert E. Lee’s surrendered in April 1865 at Appomattox, months after Lincoln’s assassination and the nation’s mourning along the rails of his funeral train, armed conflicts and deaths continued.

On June 19, 1865 Union General Gordon Granger arrived in Galveston, Texas declaring a cease fire, and announced the war’s end. By then, 180,000 free and freed men of color had served in the United States Colored Troops (USCT). Almost 20,000 more had served in the Navy. In addition, thousands of enslaved contraband had taken up arms to serve the Union cause and assure their freedom.

Join us this year as organizations from across the Mid-Atlantic region gather in Pittsburgh on June 17-19, 2022 to commemorate Juneteenth, the 1870 Grant Jubilee Parade, reinvigorate the cultural and heritage community, and advocate for the right and responsibility to Vote!

Please Join Us at WPAJuneteenth.com for more details on the 2022 WPA Juneteenth Homecoming Clebration being held at Point State Park and inside Market Square, Downtown Pittsburgh, PA.